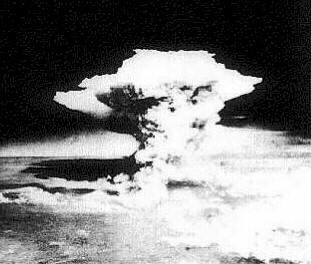 I hope you won't dismiss this letter as the work of a crank, although you probably will. I might well dismiss these words if I were in your shoes. But I feel compelled to offer this warning nonetheless, in order to place it "on record? before the fact.

The next terrorist attack on the United States is imminent. A small (if 'small? is the right word to use under such circumstances) nuclear device will demolish a section of Chicago. The attack will take place during the daylight hours. This weapon will not be the radiological bomb that has received such wide discussion. It will be a conventional nuclear explosion, albeit one smaller than the blast that leveled much of Hiroshima.

Evidence will link this explosion not just to the Al Qaeda network but to one or more foreign governments. This evidence will be false.

The Bush administration may not directly execute the explosion, but elements within the administration know about the bomb and are prepared to allow it to take place. The goal is to provide a rationale for a Third World War, which will allow the United States to take over the Middle East.

The above is not an analysis, an opinion, a hunch, a hazy psychic foreboding, or any nonsense of that sort. I was first informed of this attack on Chicago well before September 11, 2001. The same source who told me of the plan to destroy much of Chicago with a nuclear weapon had also told me that jet airliners would crash into the World Trade Center, months before that tragedy took place. I was mistaken not to make public what I knew about the WTC attack. I do not want to make that error twice. Hence this letter.

I give you this message in the hope that it will prove resonant after the event. I wish I knew the date, but I do not. All I know for certain is that the target is Chicago, the explosion will be nuclear, the entire city will be affected but not decimated, and the responsibility will not belong to the parties fingered by the government or mainstream press.

This letter may seem silly now, but it will seem predictive after the event. I can only hope that I have provided a sufficient number of specifics, and I truly wish I had more details to give you. When the explosion takes place, please tell the world that you were warned in advance, and please tell the world about the true authors of this attack. Americans may never believe that the government could allow such a monstrosity, but citizens of other countries will, I hope, see the matter in its true light.

Until then, feel free to share this message with anyone you choose, if you feel so inclined. I suspect, however, that if you were prematurely to endorse what I say here, you might make yourself open to ridicule. I certainly do not expect you to offer any such endorsement until after the bomb goes off.

After the event, I may be in a position to tell you about my source.

I tried to learn more from Nomen. Sent him a couple of emails, but he never responded. So, is he a crank? Is this his idea of a practical joke? Did he send that e from a forged address? From an Internet caf?? From a library? My replies to him all went through without being returned, Finally, I sent a copy to the FBI. Of course, I never heard anything more about it from the FBI, either. But then what can we expect from a so-called "intelligence? community that overlooked and ignored the profusion of clues and advance warnings preceding the September 11 attacks? What can we expect? Exactly what we got. A bunch of dumb excuses. And how many empty heads have rolled---how many have been kicked out of our so-called "intelligence? community as a result? Not a single one.

Doesn't say much for the accountability of this administration, does it?

The sender of the above email not only warns of a nuke attack on Chicago but claims to have had prior knowledge that a hijacked airliner was going to fly into the World Trade Center, knowledge that the sender alleges was also shared by the Bush administration.

Probably that email did come from a crank, but a very literate one. Because Nomen Nescio's email is so well written, I'd say it came from a crank as concerned as I am about humankind's dance with the devil. What do I mean by the devil? The devil is always the greatest evil. The devil is the worst thing that could possibly happen to humankind. Like some maniac setting off a nuclear explosion in Chicago.

Oh! There'd be terrible anger in America, right? It might even be the Bushies who set it off for political reasons, but of course we'd blame it on the Arabs. Possibly mobs would run amok in the backlash and start  burning down Mosques. Even start slaughtering innocent Arab families where they live while our smirking Boy Emperor smugly tightens the flag he wraps around him. Of course, he'd bang the drum of patriotism and order retaliation. But on whom? And where? Against all of Islam?

Muslim fundamentalist jihadists have made no secret of the fact that they are trying to provoke a war between Islam and the West. They've dangled the bait and our Boy Emperor has already

We are fed a diet of lies, lies and more lies. Are we supposed to say 'Yummy?'

swallowed it, hook, line and sinker. Not only our Boy Emperor, but the Muslim maniacs, too, see Iraq as the first battle in that war.

But to start throwing nuclear bombs?Are the Bushies that callous, treacherous and treasonous as to nuke Chicago themselves?

If the prior clues and warnings of the September 11 attacks ignored because the Bushies wanted a provocation for their invasion of Afghanistan, they certainly are. Does America have a government so

Our government keeps feeding us lie after lie after lie and our Yahoos---from such luminaries of America's entertainment aristocracy as sex goddess Britney Spears to the lowliest of our Texas trailer-park trash---willingly swallow the lies and say, "Yummy." Patriotism to American Yahoos is like rooting for a team at a football game. Except this is not a football game. It's a much more deadly contest. It's worse than throwing Christians into an arena crawling with lions. Our sons, brothers and fathers are dying daily for what? For our Boy Emperor's greater glory?

Patriotism is not love of flag or country. True patriotism is love of countrymen and countrywomen. That's why I'm willing to love everybody I disagree with in America, even though I know them to be mistaken. Of course, our Boy Emperor never admits he made a mistake, a practice he perfected way back even before he started cutting classes at his prestigious college because he knew his prestigious father would help him get away it. Or get away with anything else his father's spoiled son already has gotten away with. Such as not bothering to show up for his Air National Guard assignments during the Vietnam War.

Like all of the others in his administration, our Boy Emperor is nothing but a dummy, carved from the same tree of greed as all the Bushies. They're made out of wood. They can't feel anything. Not remorse, not compassion, not fear, not guilt or not any emotion at all. Those carved from the tree of greed know only one thing: Greed! Our Boy Emperor grew up as a spoiled brat who saw too many John Wayne flicks.

If a Muslim maniac nukes Chicago, Our Boy Emperor will simply nuke the Muslims back. That's what John Wayne would do. Our Boy Emperor is too wooden to feel fear. He's not afraid of a thermonuclear holocaust. And does anyone doubt that Muslim nuts will A-Bomb an American city first chance they get? A thermonuclear holocaust is what Allah wants, isn't it?

Me, I just can't believe all Muslims are that crazy. I think the only solution is up to the sane ones who don't think that's what Allah wants.  ##

CLICK HERE TO GET TO INDEX OF COLUMN NINETY-EIGHT