FROM PORTSIDE
Portside (the left side in nautical parlance) is a
news, discussion and debate service of the Committees
of Correspondence for Democracy and Socialism. It
says it aims to provide varied material of interest to people
on the Left. , we were  under the impression that Portside  is the Internet's voice of the Left.  But it turns out to be the Internet's voice of the fundamentalist Far-Left, which, like all fundamentalist organizations, adheres to an orthodoxy and consequently refuses to post dissident or differing opinions from within the Left---such as HATE YOUR GOVERNMENT BUT LOVE YOUR COUNTRY, available to be read in SECTION ONE of COLUMN SEVENTY.  Fundamentalists, like fascists, will not tolerate any disagreements or variations from the fundamentalist orthodoxy. 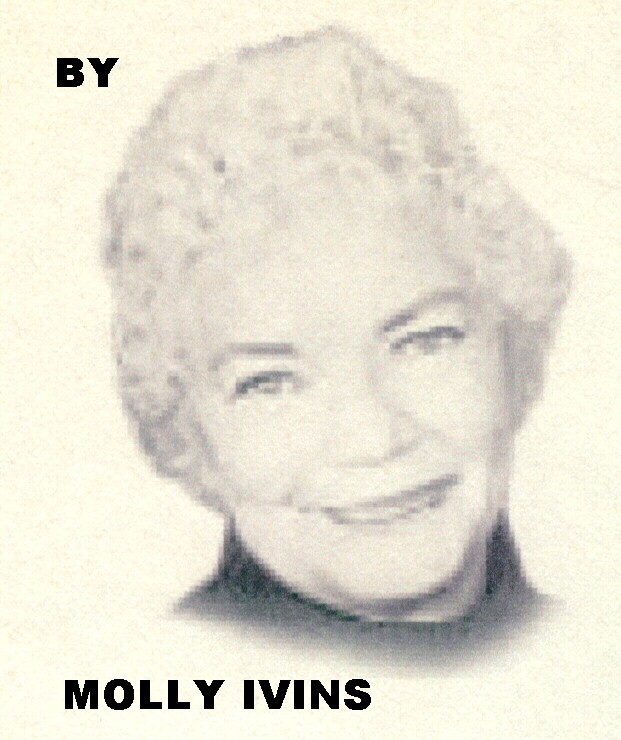 BOISE, Idaho -- When last we left the saga of Texas' few living elected Democrats, they had fled the state
pursued by minions of the law---legislators on the lam. These courageous citizens, fleeing vile Republican
oppression in their state capital, took refuge at the Holiday Inn in Ardmore, Oklahoma.

Reporters embedded with the law-breaker law-makers in Ardmore say the perps remain unrepentant.

Meanwhile, back at the capitol, mighty was the wrath of the Republicans left holding session without a quorum.
Bills died by the dozens as the lawmakers wanted by the law bollixed up the legislative works (bills not passed
through second reading as of May 15 die automatically, a bit of legislative process the fleeing Dems cunningly
used to their advantage).

Gov. Goodhair Perry, who keeps saying he wants more civility and bipartisanship, denounced the AWOL solons as "cowardly," childish" and "irresponsible." It was a bad day for bipartisanship.

Everyone mourned the death of legislative civility while colorfully cursing the other side. Texas House Speaker Tom Craddick, the tyrant whose insupportable conduct forced these brave heroes to leave their native heath (you getting the spin here?), said he refused to negotiate (typical!) and that the Killer D's were embarrassing the state of Texas. What with one thing and another, it's hard to embarrass Texas (the price of gasoline has gotten so high, women who want to run over their husbands have to carpool now), but it is kind of

Carving up
the state
for political gain

embarrassing to have a government that decides to cover a $10 billion deficit by taking services away from the
poorest, the weakest, the most frail, oldest and youngest Texans.

The manhunt continued despite the presence of a swelling press corps in Ardmore. Gov. Perry asked neighboring governors to arrest the perps on sight. The attorney general of New Mexico obligingly put out an
all-points bulletin on any politicians who favor health care and oppose tax cuts for the rich. U.S. House Majority Leader Tom (the Hammer) DeLay, who caused the walkout with a stupefying redistricting map, threatened to send the federales after the recalcitrant D's. Yup, he wants to send the FBI and the U.S. Marshals to bring the runaway solons home in cuffs.

As you can see, cooler heads are hard to find.

Now on the redistricting map that touched off this mess, I have seen maps that are works of art. I have seen districts that look like giant chickens and districts that look like coiled snakes. But this map is a masterpiece, a veritable Dadaist work reminiscent of Salvador Dali's more lunatic productions. Unfortunately, the D's may not have much of a legal argument here. True, it has been 50 years since a legislature has overturned a court-ordered redistricting plan: on the other hand, nothing says they can't. The courts have said gross political
gerrymandering is impermissible, but it's a tough area of law.

Many years ago, when Delwin Jones was redistricting chairman, an aggrieved member addressed him: "Dell-win, lookahere what you have done to mah district. It's got a great big ball on the one end, then it runs in a little bitty strip for 300 miles, then there's a great big ball at the other end. Damn thing looks like a pair
of dumbbells. Now, the courts say the districts have to be com-pact and con-tiguous. Is this yer idea of com-
pact and con-tiguous?" Delwin pondered deeply before replying, "Wha ell, in a artistic sense, it is."

Thursday brought us a kinder, gentler Speaker Craddick, the Disney version if you will. Come home, he said, all is forgiven. Redistricting is dead. There will be no retribution. This was widely disbelieved by a churlish
press corps.

Back in Ardmore, the Fun Capital of southern Oklahoma, Democrats prepared to board buses after midnight (the final deadline and death knell for the dread redistricting act) and return to duty.

They come home heroes to their people. A Boise Democrat said he planned to confront the state's legislative D's with headlines and pictures of the Texas Killer D's and to label the montage, "Democrats With Cojones ."
Unfortunately, it was pointed out, there aren't enough Idaho Democrats to break a quorum.

This episode has nothing to do with "payback." The Texas congressional redistricting plan currently in
effect was drawn by the courts and was a great disappointment to Democrats. It is not outrageous
Democratic gerrymandering: Texas Republicans vote for D's like Charlie Stenholm because they like them.

Nor is Speaker Craddick's session-long performance combining the best elements of "Dracula" and "The
Eggplant That Ate Chicago" payback for some heavy-handed Democratic domination. For the past 10 years,
the speaker of the House has been a decent, honorable and exceptionally fair man named Pete Laney. If you
don't believe me, go ask George W. Bush. (Of course, Laney does sound exactly like Boomhauer on "King of the Hill," but that's a different problem.)

In 35 years I can remember only one Texas speaker who behaved as odiously as Tom Craddick. The guy's name was Gus Mutscher, and Craddick and I both fought against him.

[To find out more about Molly Ivins and read features by other Creators Syndicate writers and cartoonists, visit the Creators Syndicate web page at http://www.creators.com . COPYRIGHT © 2003 CREATORS SYNDICATE, INC. Originally Published on Friday May 16, 2003] ##

Republicans take aim at the 40-hour work week
Everybody gets screwed on this one, except the bosses.

AUSTIN, Texas -- Boy, there is no shortage of creatively terrible ideas from the Republican Party these days. Those folks are just full of notions about how to make people's lives worse---one horrible idea after another bursting out like popcorn---and all of them with these sickeningly cute names attached to them.

To hear the Republicans tell it, you'd think these were family-friendly bills, something like Clinton's Family
Leave Act, designed to help you balance the difficult combined demands of work and family. With such a smarm of butter over their visages do the Republicans go on about the joys of "flexibility" and "freedom of choice" that you would have to read the bills for maybe 30 seconds before figuring out they're about repealing the 40-hour workweek and ending overtime.

As The American Prospect magazine notes, when Republicans talk about "flexibility," it means letting
business do whatever it wants without standards, mandates or worker and consumer rights. Ever since
FDR's New Deal, working overtime gets you time-and-a-half in money, which has the happy effect of holding
the work week down to 40 hours---or at least preventing it from ballooning grossly.

The proposed Bush rules, which the two Republican bills codify and expand, would:

-- Exclude previously protected workers who were entitled to overtime by reclassifying them as managers. Companies are already using this ploy where they can get away with it. Say you're frying burgers on the night shift at McDonald's, making overtime, and suddenly---congratulations---you're the assistant night manager, with no raise and no overtime.

-- Eliminate certain middle-income workers from overtime protections by adding an income limit, above which workers no longer qualify for overtime. You like that? You make too much to earn overtime.

-- Remove overtime protection from large numbers of workers in aerospace, defense, health care, high tech and other industries. Pay attention, this one is coming right out of your paycheck.

Big Bidness is lobbying hard on these bills. If you work overtime to pay your bills, look out. The trick is, employers get to substitute comp time for overtime, and the employers get the right to decide when---or even if---a worker gets to take his or her comp time. The legislation provides no meaningful protection against employers requiring workers to take time off instead of cash and no protection against employers assigning overtime only to workers who agree to take time instead of cash. Everybody gets screwed on this one, except the bosses. Isn't it lovely?

The proposed rules changes and the Republican bills provide a strong financial incentive for employers to lengthen the workweek, on top of an already staggering load. By 1999, in one decade, the average work year had expanded by 184 hours, according to Kevin Phillips' book Wealth and Democracy.

He writes, "The Bureau of Labor Statistics reports that the typical American works 350 hours more per year than the typical European, the equivalent of nine work weeks."

The bills give employers a new right to delay paying any wages for overtime work for as long as 13 months.
According to an analysis by the Economic Policy Institute, under the new bills an employee who works overtime hours in a given week might not receive any pay or time off for that work until more than a year
later, at the employer's discretion.

"Without receiving interest or security, the employees in essence lend their overtime pay to the employers in
the hope of getting back some time later as paid time off," the report states. "Employees' overtime compensation is put at risk of loss in the event of business failure and closure, bankruptcy or fraud. Furthermore, employees get no guarantee of time off when they want or need it."

The EPI explains why Big Bidness loves these bills: "A company with 200,000 FLSA-covered employees might get 160 free hours at $7 an hour from each of them (160 hours is the maximum allowed under the bills). That's the equivalent of $224 million that the company wouldn't have to pay its workers for up to a year after
the worker has earned it. Considering that, under normal circumstances, the employer might have to pay 6
percent interest for a commercial loan of this magnitude, it could save $13 million by relying on comp time to 'borrow' from its employees instead."

The slick marketing and smoke on this one are a wonder to behold. We're being told that private sector workers will get the same "benefit" of comp time as public employees. Wow, keen, except the government has no profit motive for pushing comp time instead of overtime. Boy, does this stink.  ##