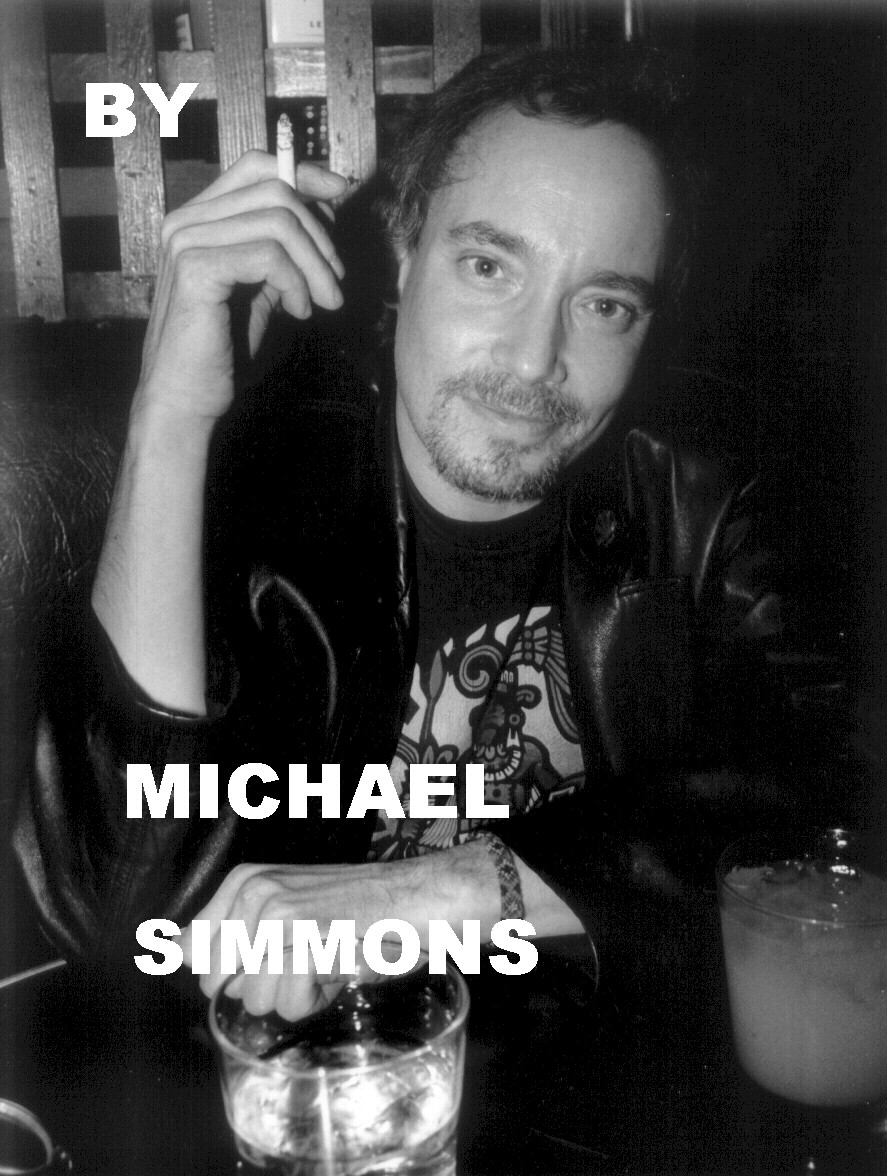 Kingdom of Fear, Loathsome Secrets of a Star-Crossed Child in the Final Days of the American Century
By Hunter S. Thompson, Simon & Schuster: 358 pp., $25.

The great satirist Terry Southern once stated that the writer's duty is to astonish the reader. Hunter S. Thompson reliably fulfills this mandate with audacious and finely crafted storytelling, and one simply marvels in astonishment. Inhabiting a one-man's-land that blurs journalism and fiction and precludes nothing, Thompson creates no finer collections of written word. Such is his latest random memoir, Kingdom of Fear.

Southern also drew a distinction between an artist and a professional: "That is the difference between a party girl and hooker." An artist "does it for fun, but a hooker ... does it for money ... I'm a party girl." Technically, Southern was a professional party girl, in that he paid the phone bill by writing but insisted on determining the content delivered. And so is the case with Thompson---a professional party girl but never a whore. Hunter grabs and pulls you across the tightrope along with him in a sheer rush so visceral that lines between participant and observer become obliterated in the style dubbed "gonzo."

It's astonishing to note that if he'd started out his career as a writer now, he'd be relegated to 'zines and blogspots. It's not a profitable time for mavericks. Today's world is run by behavior modification illiberals, allowing entry to paid positions when the only position available is flat on one's stomach, at the mercy of the narrow needs---to call it desire would be too passionate---of the paying customer.

These days, such writers do not generally make it past editors to print. Without the gift, work ethic and luck to pay the phone bill on their own terms, mavericks end up broke, in jail, crazy, dead or---worse---as whores. Thompson had the elements lined up at a rare time in history. He recollects pre-Reagan America: "You could afford to get mixed up with wild strangers in those days---without fearing for your life, or your eyes, or your organs, or all of your money or even getting locked up in prison forever. There was a sense of possibility. People were not so afraid, as they are now ... nobody called the police on you, just to check out your credit and employment history and your medical records and how many parking tickets you owed in California."

"Kingdom of Fear" is more than a series of essays; it's an extremely literate scrapbook. Party girls tend to have attention deficit disorder, and the more disorderly the order, the more fun doth the girl have. Different fonts and type sizes are used to differentiate among the shortest of stories and traditional narratives with beginnings, middles, ends and interviews with and newspaper articles about him and letters from him to Jann Wenner and Johnny Depp and photos of the adventure called life. The "loathsome secrets" include his 1970 run for sheriff on the Freak Power ticket in Aspen, the last days of failed American regime-maintenance in Saigon, coverage of our invasion of Grenada, his night-manager gig at the Mitchell Brothers adult theater in San Francisco, and legal victory over dope, assault and weapon charges.

There are also tall tales of a mad, booze-fueled, gun-wielding judge who became the lone African American on the Supreme Court, and love letters from an 8-year-old girl whose "father owns the main banks in Turkey" (more from this series cannot be disclosed in a family newspaper). Although some may suspect the veracity of the latter two accounts, a central tenet of gonzo is that imagination can capture the substance of the truth better than raw fact. Thompson's soaring prose renders such distinctions meaningless. He has a seasoned journalist's eye for fine detail and a mythopoet's passion for the iconic. One envisions the now-sexagenarian trickster gauging your reaction as he spins the yarn, manipulating your senses and laughing as he watches your astonishment. He also pokes at the bourgeois Beast---no, it's not hip to be square---by taunting it with unspeakable acts designed to give it a coronary.

As befits any veteran consciousness traveler, prescience is a byproduct of his multileveled lucidity. He predicted on Nov. 19, 2000---a year before 9/11---that "there is an eerie sense of Panic in the air, a silent Fear and Uncertainty that comes with once-reliable faiths and truths and solid Institutions that are no longer safe to believe in." Speaking of current time, he writes that the Bushes "are only errand boys for the vengeful, bloodthirsty cartel of raving Jesus-freaks and super-rich money mongers.... Their ideal solution to all the nation's problems would be another 100 Year War .... Freedom was yesterday in this country. Its value has been discounted. The only freedom we truly crave today is freedom from Dumbness."

What can the truly free of spirit do in so craven an era? As Orwell suggested in 1984: Fall in love. And so the final chapter of "Kingdom of Fear" is a love story. After saving a half-naked roller skater from a Great Dane mauling on Venice Beach, our hero rides off with his leading lady up the 101 to a taco stand in Pismo Beach, onto Big Sur and into the sunset. "You have the soul of a teenage girl in the body of an elderly dope fiend," she tells him. "That is why people giggle with fear every time you come into a room. That is why you rescued me from those dogs in Venice."

This insight, reminiscent of Terry Southern's self-metaphor, causes Thompson to reflect on his ability to survive what would have killed a thousand other men. "I have learned a few tricks along the way, a few random skills and simple avoidance techniques--- but mainly it has been luck, I think, and a keen attention to karma, along with my natural girlish charm."