PART TWO OF MY MEMOIRS:
SADIE THE PSYCHIC 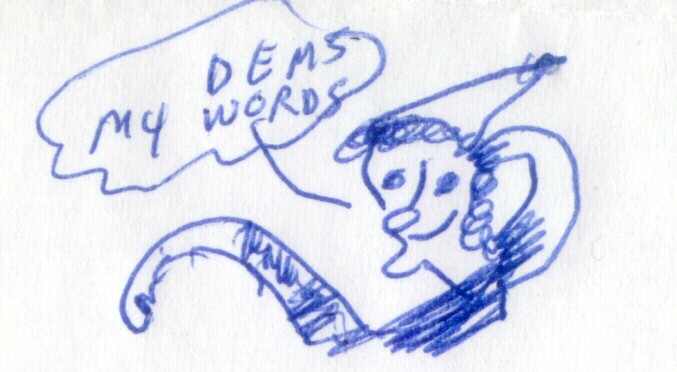 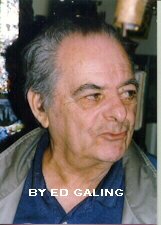 It didnt take long before word was being spread around hollywood that there was a young girl named sadie that was able to tell the future, and contact dead people, and all that stuff, and my uncle joshua was telling me to stop doing it, and be like all the other girls, you know, go to dances, go out on dates, be popular, and let the psychic stuff alone. he as much as told me that it all was a load of shit, and i usta tell him that it was just a kind of gift that my mom and dad had left me, and that i just couldnt help myself...

in those days, hollywood was full of people trying to tell fortunes and i was not the only one...some of them were just astrologers, who could tell you things by readin the stars ... and some were card players, like tarot and other mind games, and also there was a lot of fake gypsies runnin around too...but i was my own person, and after a while, this little runt of a producer, sam goldwyn, calls me up and tells me he wants to see me, cause he is making a movie about spirits, and he wants me to be an advisor on the film... in those days, there were big studios around and ­goldwyn was one of them..later he merged and became metro goldyn mayer, and they had some of the biggest movie stars, like clark gable, and leslie howard, and ann bancroft and oh, y’know..all those famous bullshit people.

you know me, sadie was never one to pull punches ... hell, if i thought you were a schmuck, i would tell you. i never been afraid to speak my piece... well, then i was only about twenty years old when i began to advise sam about the movies he was making...i brought my crystal ball on the set, and would put it on the tables and go to work...

sam was a lecherous kind of guy ... he would do anything to cop a feel ... and i know that he wanted to screw me..you didnt need to be a fortune teller to know that much..i could tell it the way that bulge in his pants stuck up, if you pardon my observation...no foolin around,i promise you that...and then the way he talked to me ... son of a bitch is making a movie, and he puts his arm around me and puts his face close to mine, and says in his bad breath, you and i should go to bed together...so i laugh at him, and say, sam, did you hire me to advise you on the movies, or to fuck me? he begins to laugh, and says, you shouldnt put it that way, sadie... how would you like me to put it, i snap back...why dont you just put it between your legs, i tell him, and squeeze on it..

it was all in fun cause first thing you knows he has his arms around me, and he is foolin around with my tits..tryin to get them outta my dress... and i say to him angrily, what the hell are you tryin

Sadie slapped
Sam
in the snout

to do, mr. goldwyn...see he laughs, and i feel his fingers on my tits and i gotta admit, even though he has grubby little hands, my nipples get hard right away.... then he nibbles my ear, and blows into it, and whispers, let's show God how the ten commandments should have another commandment in it.. and i try to push him away...mr. goldwyn, i tell him, after all, you are a big movie producer..i am just a little ol psychic... and he murmurs, yes, yes, but you are gonna be my best production....

well, i just gotta tell you this...i slapped the fuckin guy right in the mouth... the little weasel fell off his chair and landed on his ass, and i straightened out my clothes, and when he got up slow, i said to him, lets get one thing straight..you might fuck all these other actresses on the set, but you aint gonna screw sadie the psychic...

he begins to blush and stammer and apologize, and says he just got carried away cause i am so pretty, and it wont happen again...

well, i stayed with mr. goldwyn a bit and helped him make a lot of movies that had to do with ghosts and stuff... in those days the movie people loved makin supernatural movies...scary ones... and i kinda helped them with the scenery and stuff.....

i gotta admit when i was twenty years old i was not a bad lookin dish... i had a tall, thin body, my hair was long and reddish and my tits were big and firm, and i was proud of em...my legs were nice, and my ass in those days shook when i walked, so i guess you could say i was a dainty dish to set before a king.. that is why so many people thought i should be a strip teaser, and not a psychic reader...

and if you wanta know if i spent all my time just givin readins to the movie stars, you are wrong..i didnt mind enjoyin a bit of foolin around ... not all the way...but if i was gonna give someone my one and only treasure it hadda be on my own terms..not grab ass like sam goldwyn tried to do.,,. as for goldwyn, after a few movies i left him ... he did make a lot of good movies.. and got himself in trouble with a lot of women ... but if you wanta know the truth, he had..bad breath... well, he's gone now..and i am still here...