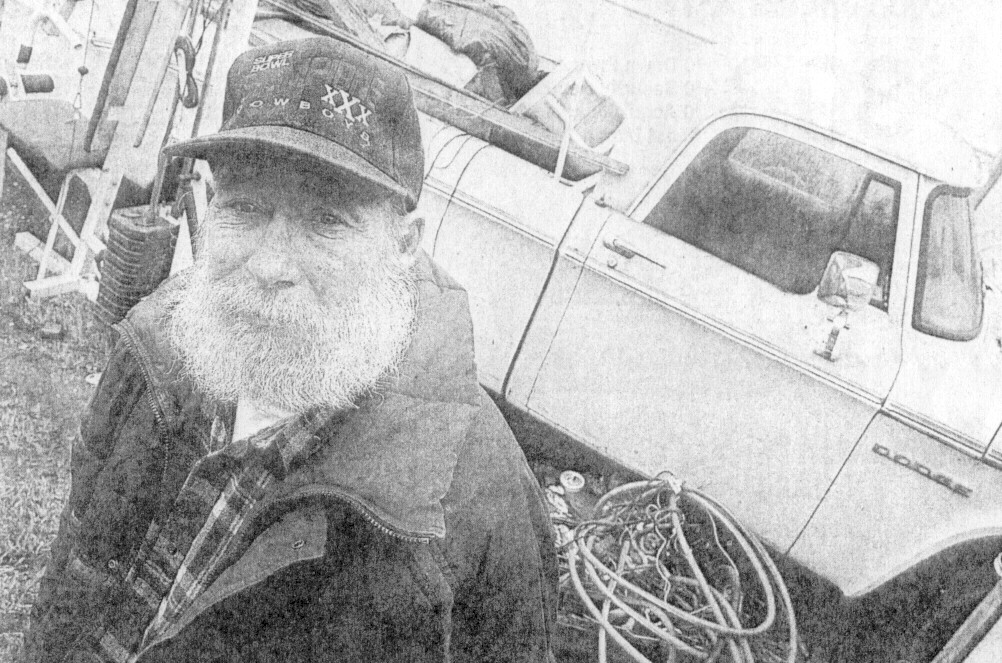 CHAPTER TWENTY-TWO:
JACK KEROUAC'S NEPHEW PRESSES LAWSUIT THAT ALLEGES HIS GRANDMA'S WILL WAS A FORGERY

A judge in in St. Petersburg, Florida, has ruled that Jack Kerouac's nephew may press a multimillion-dollar lawsuit to have his grandmother's will thrown out as fraudulent. The last living blood relative of the author of On The Road, 54-year-old Paul Blake Jr., is the son of Jack's sister Caroline and the cousin of the late Jan Kerouac, Jack's daughter, who first filed the lawsuit in 1994.

Now, the St. Petersburg Court has given the green light to Blake to go ahead and replace Jan as chief plaintiff in the suit. The trial of the alleged forgery of Gabrielle Kerouac's will is expected to go forward late this summer or fall.

With Jack's estate valued at an estimated $20 million, Blake's attorney, Bill Wagner, said he has a handwriting expert who is "convinced"  the signature on the will is a forgery. The signature is alleged to be that of Jack's mother, whom Jack called mémère. Wagner is a Tampa attorney who had never even heard of Jack Kerouac.

"If she signed it, she misspelled her own name," Wagner was quoted as telling Neil Graves of the New York Post. "That signature was with a very strong hand, yet all the witnesses said she'd just had a stroke [in 1973] and was very weak."

Now homeless in Sacramento, Blake, a self-described recovering alcoholic, claims in addition that he has a deposition from a witness denying that his grandmother signed the will.

Often hailed as the "founder of The Beat Generation," Kerouac had known Stella Sampas since his boyhood in Lowell, Massachussetts. She became his third wife in 1961 and he lived with her in his St. Petersburg house along with his aging mémère. Witnesses reported that Jack drank heavily and often quarreled with Stella. According to Kerouac biographer Gerald Nicosia, Jack

When probating mémère's will, Stella said there were no other known heirs

drew up a will disinheriting her, leaving his estate instead to mémère. He also asked his lawyer to help him begin divorce proceedings but he did not live long enough for the divorce to go forward.  Jack and Stella were still legally married when he died on October 21, 1969.

With Jack's mémère paralyzed and unable to get out of her sickbed, Stella kept her in their house in St. Petersburg and cared for her the next four years until mémère died on October 13, 1973. According to Blake, there was one point during his grandmother's illness when he came down to St Petersburg and asked to take charge of his grandmother, but he said Stella refused to let him do so.  When mémère died, Stella did not notify either of Gabrielle's grandchildren, Jan or Paul.  When probating Gabrielle's will, Stella stated that there were no other known heirs.

When Stella herself died in 1990, her estate included Jack's estate, left to her according to  mémère's disputed will. Stella's inheritors included her siblngs, two of which---both now deceased---were said to be part of the Lowell, Massachusetts, mini-underworld. One was a bookie and another ran a bottomless strip club. John Sampas, 70, the youngest of Stella's siblings, now controls the estate as its executor. Sampas  told Graves that he sees himself as defending the honor of the family. Currently, he and five other Sampas relatives divide annual royalties with two other parties of some $150,000---not to the mention millions in sold Kerouac papers and letters.

"I can't settle," Sampas told Graves.  "I have to clear Stella's name.  I feel sorry for [Blake], I really do. But he should have come and seen me, instead of slandering my sister."

"Could one of the brothers have been capable of forging the will?" wondered Nicosia. "I don't know, but somebody did."

The "slander" alleged by Sampas was Jan Kerouac's 1994 challenge to the Sampas family on royalty issues. Jan called Gabrielle's will an "obvious forgery." When a Florida judge ordered a search for remaining relatives in 1995, Nicosia located Blake, the only son of Jack's sister, whom Jack called "Ti Nin."

According to Nicosia, Jan Kerouac felt she had a good case against the Sampases. Moreover, Jan was upset about the Sampases selling off pieces of Jack's archive, including his notebooks and manuscripts, to collectors for large sums of money.  Nicosia said Jan wanted to put all of Jack's papers, including the manuscript of On The Road, in a library.  But Jan did not live to see the case go to trial.  She died of kidney failure in June, 1996, but before she died, she appointed Nicosia her literary executor and asked him to carry on the case for her.

According to Nicosia, however, Jan's two heirs, her ex-husband John Lash and her half-brother, David Bowers, made a deal with John Sampas to dismiss the lawsuit. When Nicosia objected, Lash and Bowers fought in probate court in Albuquerque (where Jan died) to get rid of him as literary executor, Nicosia said. After three years, with Sampas' support and a legal bill of $400,000, Lash and Bowers got rid of Nicosia by getting a three-judge appellate court to approve of their "firing" him, according to Nicosia. He characterized that as "a questionable legal decision" and pointed out that one of the judges wrote an eight-page dissenting opinion.

Nicosia said that at that point, in September, 1999, the Sampases believed they had a free and clear title to Jack Kerouac's estate.  But the St. Petersburg judge asked that Gabrielle's other grandchild, Paul Blake, Jr., be represented by an attorney before the judge could decided to dismiss the case.  That's when Wagner came into the picture. Because he felt that justice was on Blake's side, he hung in for three years while the Sampases made motion after motion for Blake's case to be thrown out.

Meanwhile, Blake was thrown out of the home where he was living with a partner of several years.  Jobless, he took up residence in a rusted and broken-down Dodge pickup truck that belongs to the owners of the Sacramento dump near which it's parked. It doesn't even run.

"I wake up every day trying to figure out what to do," he told Neil Graves. "It's me and the truck.  I couldn't keep a dog or cat.  It would be too expensive."

Blake bases his claim on a letter Kerouac sent him on Oct. 21,1969, a day before Jack died.  Among other things, the letter said: "You can do anything you want with my property if I kick the bucket because we're of the same blood."

Blake, who says he has cut his alcohol intake down to "a few beers a day," no longer owns the letter.

He explained that he lost signed books and photos from his Uncle Jack that were worth thousands more when the contents of a storage unit were tossed for lack of payment.

According to attorney Wagner, if the courts give him the OK, he will see to it that Blake gets his share. That would divide the estate among Blake, the Sampases and John Lash, Jan's ex­husband, who. according to Wagner, is on the lam in Belgium to get out of the reach of the law. Among Kerouac's items already sold is the fabled Kerouac "scroll," a 120­foot-long first-draft manuscript of On the Road, which went for $2.4 million in a 2001 auction. Also sold  was Jack's raincoat, for which actor Johnny Depp paid the Sampases $15,000. Depp also paid the Sampases $3,000 for a letter Kerouac wrote to Neal Cassady.

If the impoverished Blake wins, he stands not only to become a multi-millionaire, but also to upset the whole industry of merchandising Kerouac that has taken place under the Sampas regime. All of. Sampas's sales, including the sale of the On The Road manuscript to Jim Irsay, owner of the Indianapolis Colts, could be called into question.  ##