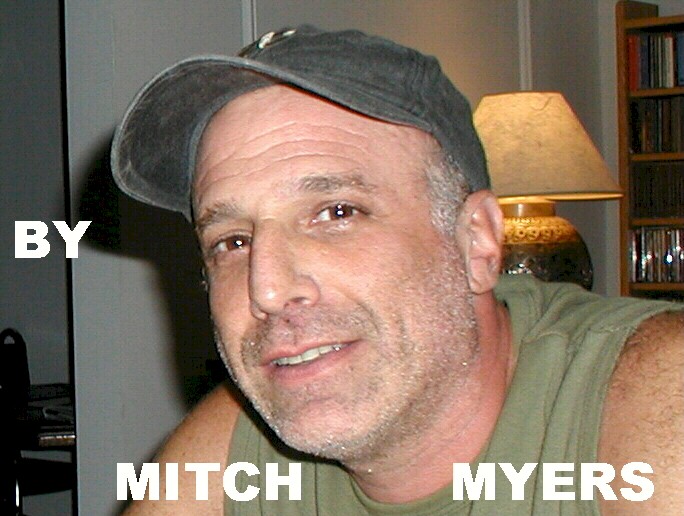 [The following was written as liner notes for the Locust Music re-issue of New York Blues, Rags, Ballads & Harmonium Songs 1971-74, recorded by Harry Smith and produced by Ann Charters.]

Were prophecies evoked when The Fugs sang, "Village Voice nothing, New Yorker nothing, Sing Out and Folkways nothing, Harry Smith and Allen Ginsberg, nothing, nothing, nothing?" The song Nothing was included on The Fugs' First Album, produced by Harry Smith in 1965, almost a decade before Ginsberg and Smith combined their own talents for an impromptu (or was it planned?) recording session at the Chelsea Hotel.

So then, might New York Blues be a representation of the existential nothing? Or is it really something?

Allen Ginsberg met Harry Smith in 1959 at The Five Spot in New York City, where jazz pianist Thelonious Monk was enjoying one of his famous residencies. Ginsberg had only heard about Smith, but recognized him immediately. Smith was sitting at a table transcribing Monk's eccentric melodies into impressionistic drawings. Allen would later describe that first vision of Smith in these terms, 'slightly hunchback, short, magical-looking, in a funny way gnomish or dwarfish, same time dignified."

A chance meeting then? Not necessarily, considering the synchronistic Weltanschauung when it comes to all things Harry Smith. And just how much empyrean nonsense is it to infer that these two opposites did indeed attract? Surely the two men couldn't have come from more contrasting orientations. One, a hermetic, neo-celibate whitebread record collector/visual artist from Oregon with roots in freemasonry and an attraction to occultisms. The other, a free-loving Buddhist Jew queer from Jersey who became reigning ambassador of the beat generation and a poet of Whitmanesque proportions.

Besides that, Allen Ginsberg was also an exhibitionistic showman who, according to historian Harvey Kubernick, "was a tireless self-promoter that would show up for the opening of an envelope." Smith, on the other hand, was a cultural obeah man who lived on skid row in small rooms with stacks of books and small, dead animals in the freezer.

Although their talents differed, both men had considerable impact on the expanding of consciousness during the 20th century. Along with Messrs. Kerouac and Burroughs, Allen contributed to a generative unshackling of prose and poetry while his libertine lifestyle ran against the grain of the literary establishment. Ginsberg's countercultural stance encompassed drug and sexual experimentation, political dissidence, gay rights activism and antiwar protests. His epic poems, Howl and Kaddish, have fueled the imaginations of several generations. For his own part, Harry Smith enriched the realms of film, visual art and anthropology in numerous settings. His annotated compendium of rural song traditions, The Anthology Of American Folk Music (first released in 1952), has had an immeasurable impact on music appreciation in the modern world.

This blues record is a folk-form cryptogram of sorts, with connections, implications, and historical significance that defy simple assessment. Addressing the mystique, the confusion, and the interconnectivity of these beat/archival coincidences, it must be said this album was originally called First Blues. To make matters worse (or better), there were actually two different First Blues albums. Both were recorded in the 1970's and released in the early 1980's. Beat biographer Ann Charters compiled the Ginsberg/Smith archive, which was released on Moe Ash's legendary Folkways label.  The other First Blues was produced by Columbia impresario John Hammond and released on Hammond's own, short-lived record label. Although some compositions appear on both collections, the two albums are as different as Harry Smith and Allen Ginsberg.

I discussed New York Blues with producer Hal Wilner and he wondered, "Was it a conscious decision to record in Harry's room at the Chelsea for environment as opposed to Allen's? [There is] kind of a tense atmosphere and Allen doesn't sound all that relaxed." True enough, singing his blues while playing a small harmonium from Benares, India, Allen soldiers through these bold performances unadorned by conventional musicality.

But if Ginsberg really is the sole performer, the lonesome entertainer, the solo-ballad-blues-disciple, why does Harry Smith loom so large in the proceedings? Practically speaking, Smith's documentation of Ginsberg at the Chelsea isn't any different from his other fieldwork, like the1965 recording of peyote rituals by the Kiowa Indians in rural Oklahoma (see Conrad Rooks? film, Chappaqua for additional clues). "It was just another example of field anthropology in a post-modern mode," says Ed Sanders of The Fugs. "Allen always rose to the occasion of spontaneity, this was one short slice of 20th century existence. Two geniuses colliding at the Chelsea Hotel in 1973."

To be certain, these performances would have been lost forever were it not for Harry Smith's predilection for recording folk art and documenting everyday life. Fug Tuli Kupferberg maintains

Bob Dylan
inspired Allen
to recast himself as a singer

an even more speculative assessment of the infamous Chelsea recording, "When two geniuses get together, you've got to expect something great! "Is there music on it??

A fair question. And there might not have been any music on this recording if Bob Dylan hadn't inspired Ginsberg to recast himself as a singer. Allen truly loved Dylan, and was always eager to impress him. "I don't think I would have been singing if it wasn't for younger Dylan," Ginsberg told Harvey Kubernick. "He turned me on to actual singing. Dylan's words were so beautiful. The first time I heard them I wept." Not only did he inspire Ginsberg with his words, but Dylan also showed him the three chords needed to write a folk or blues song, insisting that it was Allen's time to sing out rather than simply reciting his prose. So, while Harry Smith provided Allen with a twin tower of aesthetic strength, Dylan figured into the background of New York Blues as a subliminal conspirator.

While Dylan repaid his artistic debts to Ginsberg (and Jack Kerouac) by encouraging the poet to sing, there's a less obvious connection between Bob Dylan and Harry Smith. That is, Dylan's first album contains several songs drawn from The Anthology Of American Folk Music. And if Dylan gained insight into America's folk/blues phenomenology by analyzing the Anthology in the very early 60's, then Bob made some overdue payments to Smith via his undeniable impact on New York Blues. Although Dylan didn't appear on the album, he was featured on the "other? First Blues (Hammond Edition),  further illuminating the extended relatedness between himself and mentors Ginsberg, Smith, and Hammond.

After this particularly raw phase of Allen's musical career, Ginsberg chose to work in increasingly sophisticated environs that departed from his voice + harmonium expositions at the Chelsea. Steven Taylor played guitar with the Fugs and also served as Ginsberg's accompanist for many years. He reflects on Ginsberg's so-called "blue? period of the early seventies. "Blues is a particular genre within a larger history of African American folk music," says Taylor. "One of Allen's main inspirations was Leadbelly, who was on the radio when he was a kid. Leadbelly is generally considered to be a songster, not a bluesman. Blues could be part of his repertoire, but the songster is a larger tradition. Allen was more of a songster than a bluesman?a historian in song, a singer of ballad narratives, and a singer of topical material."

"Blues are a funny thing," says Ed Sanders. 'they are supposed to make you sad but they make you triumph too. Allen's diaries are strangely filled with the down mode. The poor guy was so publicly joyous and exalted, but in his private moments he was quite sad and dejected. He was drawn to the blues. He had been a fan of Ma Rainey and CC Rider was the final music, the last tune he listened to before he died."

John Feins studied under both Harry and Allen at the Naropa Institute in Boulder, Colorado. He maintains that Smith's non-stop efforts to document sound were informed by a deep empathy for humankind. "What's great is that Harry wasn't an elitist, he recorded everybody," says Feins. "Harry felt that every occasion of sound was a recordable event and it had not just artistic merit and meaning, but anthropological meaning. If a human being opened his mouth up for song, Harry treasured and honored it as an archivist and a scholar and an anthropologist. He captured it when he could."

Just how do the captured Chelsea recordings sound after all these years? Ginsberg authority Bob Rosenthal is tough but fair. "I'll be frank with you. I couldn't listen to this record," he says. "I just wrote it off as caterwauling. I was so skeptical when I heard someone was going to reissue this. I'll confess I'm much more interested in it now than I was at the time when it came out. Allen saw the possibility of helping to change people's consciousness. And so did Harry, although they were total opposites in methodology."

Hal Wilner believes that this disc is far more than just an archival curiosity. "I'll admit when I first was slated to produce an album with Allen I was holding my ears," he says. "Yet, it's amazing how this stuff holds up and just gets better. I felt I needed it for the historical aspect--here's Harry Smith producing Allen Ginsberg. But when I went back to those tapes, I couldn't believe how strong it was."

Were Ginsberg and Smith blue when they made these recordings? Were they stoned? Whatever contributed to the mood, Harry allowed himself to be subsumed by Allen's Rags, Ballads & Harmonium Songs. As a witness to the slow birthing of Allen's singing career, Smith showed his colleague patience and understanding, supplying Ginsberg's ritualistic display at the Chelsea the dignity it deserved.

'the role of the documentarian is often restrictive because of the attention to detail, the mechanics, or just removing your own ego," says historian Kubernick. 'to help govern the person you are recording, you go into a secondary position. Harry was willing to do it. He put himself below the title to benefit the attraction."

According to Allen Ginsberg, Harry Smith disagreed with some of the choices Ann Charters made when editing this album. Why Smith was unable to complete the task himself is yet another cause for deliberation. Harry's relationship with Folkways honcho Moe Asch was certainly strained over the years, but Asch respected Smith's archival efforts and used his contextual understanding of art and ceremony to great effect. While not on par with the obsessive Harry Smith, Ginsberg also had an appetite for accumulating things and his own record collection reflected a deep love for music, especially the blues.

"When you collect, you put disparate things together in relation with other things and you get new results from that," says John Feins. "Harry loved to determine patterns in things. I think he derived meaning and insight from patterns that he saw in things that he collected or examined. Easter eggs, Indian rugs, paper airplanes, he would be interested in all the different forms and make great leaps of genius thanks to the juxtaposition and understanding of patterns and synchronicity and the overlapping of things."

So, this is the meeting of two friends, one poet reborn in song and one great rememberer, who found the ways and means of making the extra-musical musical.