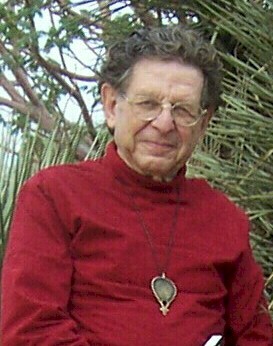 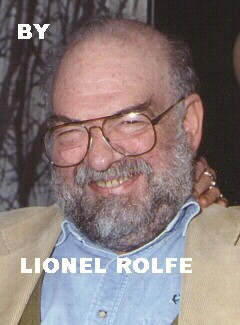 [Lionel Rolfe is the author of the just released third edition of Literary L.A. He also wrote Fat Man on the Left and Art Kunkin: Mystic in Paradise.]

My old coffeehouse buddy from the coffeehouses of the "60s who started the Underground Press Movement when he began publishing the Los Angeles Free Press is a metaphysical guru who lives in the high desert these days.

If you lived in Los Angeles during those heady years, you might remember the Free Press, which was also affectionately known as the Freep. The seed money for the paper was put up by Steve Allen. The underground newspaper movement spearheaded the nation's counterculture, and by the end of the decade there were underground newspapers in most major cities. In Atlanta, for example, the underground newspaper was known as The Great Speckled Bird.  Today Art Kunkin is in his mid-70s and has certainly aged well, but whether you could say he will likely get his wish of living to 200 years is another question. Kunkin needs to live that long so that he can accomplish all the work he says he has left to do.

He resides in a trailer surrounded by his books and records and 400 acres of high desert at The Institute of Mentalphysics in Joshua Tree. Some nearby sheds and an abandoned farmhouse are his satellite facilities for storing his books and papers.

The institute has a number of beautiful auditoriums, meditation centers and lodging, some of which were designed by Frank Lloyd Wright. Art regularly lectures there on 'turning Lead Into Gold With Alchemy," 'stopping the Aging Process," and otherwise finding liberation, enlightenment and success in one's  daily life.

But the work for which he has a particular passion is bringing together  a multimillion dollar grant to house his material in a real library. Art's library is not limited to the underground press; it includes rare copies of books on alchemy dating back to the 1600s. History, politics, philosophy, medicine, science and metaphysics are covered in great depth in his collection. He wants to create a state-of-the-art digital interactive library for the edification of future generations.

Although the Free Press is preserved on microfilm at various repositories, he has many of the actual negatives from which more than 100,000 copies of the paper were printed each week and, unlike today's so-called alternative papers, were sold for a quarter when the Los Angeles Times  was a dime.

Today's claim by the alternative press that it descended from the Underground Press Movement is a vague claim---besides today's alternative press has to give their papers away while readers contributed a good share of the cost of publishing papers like the Free Press.

Those were heady times---the civil rights struggle and then the anti-war movement which characterized the "60s and early "70s.The Free Press was not only the nation? first underground newspaper, it made Kunkin virtually the voice of the counter culture.  The counter culture was an unlikely amalgam of progressive politics, from Marxist to left-wing Democrats, and metaphysicians and mysticism. Art started out in politics, and moved toward metaphysics in the early 's.  He began as a tool and dye maker, then was business manager of the Trotskyist The Militant.  When others of us at the Xanadu and later Fifth Estate coffeehouses, several of whom were refugees from the Los Angeles Times copydesk, gathered to complain about how badly a new newspaper was needed, Art, who also had been a printer, starting putting out the Free Press while everyone else gabbed.

The paper struggled along until the riots on Sunset Strip, and suddenly the hippy paper was sometimes more influential than the Times. It did so by the simple expedience of telling the truth. The Freep actually affected the Time's style, if not its essence, when its Sunday West magazine ultimately hired many of Kunkin's writers, including yours truly.

People liked the new kind of journalism. They were tired of the Big Lie told by the status quo. Kunkin said that the reason his paper prospered so was because he sensed the coming changes on a molecular level----in his own head.

You may laugh, but I worked at the old Free Press and got a weekly paycheck more or less on time, and a fairly good one at that.  The paper had incredible readership and got its good

The ancient name?
'I prefer
not to tell you'

storiesbecause readers called them in. The city's establishment came to tremble at the paper's power. And everyone in town read and talked about it each week.

Those days are forever gone. Now Art reads the Times,  mainly to find out which of his old Marxist comrades has died. He attributes the fact that he's still going when many of them are not to their inability to develop their consciousness.

After the Freep, he first turned up as a journalism professor at Cal State University, Northridge. Then he was president of the Philosophical Research Society in Los Angeles (on Los Feliz Boulevard) after the passing of Manly Palmer Hall. Then he served a seven-year alchemy apprenticeship at the Paracelsus Research Society in Salt Lake City.

Kunkin insists he has not lost his political concerns. But there are also other things, and says most of his former fellow politicos just couldn't understand that.

"Most are charlatans, but a few of them really have it, are the real thing."

Kunkin, who was a close friend of Timothy Leary, thinks Uri Geller "has it," for example.

Kunkin does not feel the political situation is really as hopeless as it now looks.

"Dynasties like the Bushes? are loosing their grip---and partly it's because the American people are much more conscious than they used to be," he insists.

And he includes fundamentalists Christians in that. He believes when someone proclaims Christ as their savior, that is a legitimate expansion of their consciousness.

He says people just have to be educated to understand that they don't need Jesus to obtain consciousness, and eventually more enlightenment.

Kunkin dates his becoming metaphysical from the early "70s, when he was under incredible strain, trying to keep the Freep alive. After he published the home addresses of various state narcotics agents (who were busy framing and busting often-times innocent people for political reasons), he was jailed, no one would print the paper, and just to blow off some steam he disappeared to the Mexican border with a young woman, and did drugs and other tantric things in a motel room for several days.

It was when Kunkin was offered an all-expenses paid junket to San Francisco to attend a mind control event that he became a convert to the metaphysical. After some powerful mind-blowing psychic experiences, he was a convert. He studied everything from Kabalah to Sufism before realizing his heart lay with the Tibetans and The Book of the Dead.

Do the Tibetans believe in reincarnation? He was asked this question by my friend Mary Elizabeth Raines, a hypnotist by trade, who accompanied me to the desert.

This gave Kunkin a chance to explain that the Tibetans don't believe in reincarnation in the sense that the term is usually understood. After death, most of the energies, from the emotional to the intellectual, return to take other life forms, but the specific individual is not returned---except in very rare cases.

A few anointed souls are able to transform their soul into another body, he says.

He explains that is not something to be taken lightly. He prefers not even to mention the name of the process for fear it will be published in any article I write.

But there is an ancient way of doing such things, he assures us.

"And it has a name, I just prefer not to tell you."

On the other hand, if you take one of his courses, you might convince him to tell you the name of the process by which to obtain immortality.  ##