LETTER TO OUR UNELECTED PRESIDENT 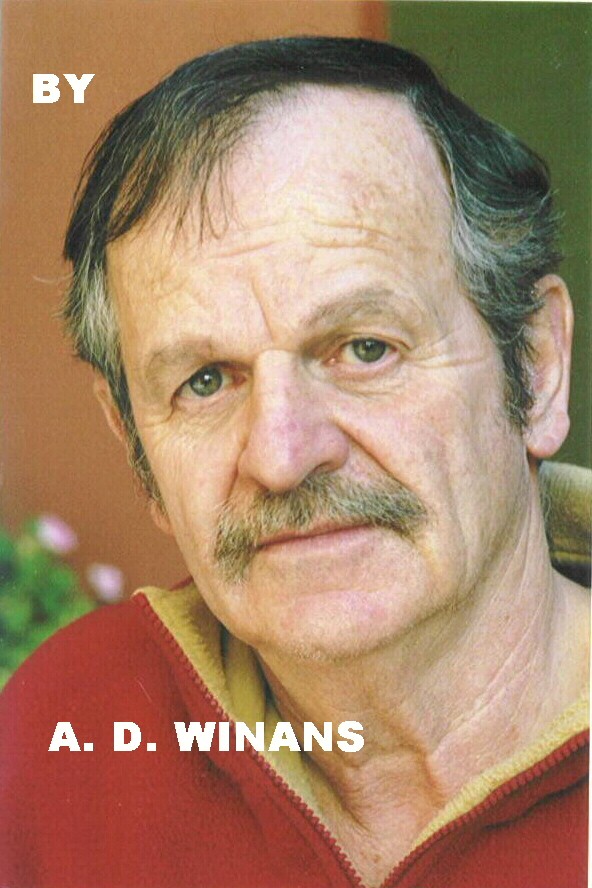 [Allan D. Winans is a graduate of San Francisco State College (now University).  He is the former editor and publisher of Second Coming Magazine/Press, and is a member of PEN and the Academy of American Poets.  An alternative press activist, Winans worked for five years as an editor and writer for the San Francisco Arts Commission under the federally-funded Comprehensive Employment Training Act (CETA).

In 1995,. Winans took an early retirement from the U.S. Department of Education's Office for Civil Rights, where he was employed as an Equal Opportunity Specialist, investigating claims of discrim­ination against minorities, women, and the disabled.

Winans was born in and currently re­sides in San Francisco.  He shares poet Jack Spicer's philosophy that poetry is "a foreign agent, a parasite that invades the poet's language and expresses what it wants to say.”]

I am writing to urge you to call off your planned invasion of Iraq, and to respect our Constitution, which our forefathers fought so hard for. Your White House lawyers are wrong when they say you do not need the approval of Congress to declare war on another nation.   I urge you to seek advise from University scholars who will tell you that you do need their approval.

Most Americans agree that Iraq's longtime dictator, Saddam Hussein, is a bully and a murderer, but that does not distinguish him from many other dictators, many of whom this country supported when it was in our best interests to do so.

I write this with great hesitation because Attorney General Ashcroft will no doubt put me on an "enemy of the State" list.  He has already been quoted as being in favor of setting up camps for those he sees as a threat to this country.  I served in the military and worked for the Government for many years, beginning with Naval Intelligence and ending with the U.S. Department of Education, Office for Civil Rights.  I would fight for this country, were it to become necessary, but I cannot support our attacking another country because we "think" it might pose a threat to us.

I urge you to listen to the "wise" voices who served in the cabinet (or consultants) of your father.  They have said over and over again, as have a good number of Republicans in both the House and Senate, that invading Iraq would not be in the best interests of this country.

What this country needs most at the present time is to put the economy back on track, and not to start another war; a war that will almost certainly result in thousands of U.S. casualties; a war that will cost us billions of dollars and alienate our allies in Europe and the Middle East.  Would not such an ill-advised adventure also further dim the prospects of peace between Israel and the Palestinians?  And if Hussein had his back against the wall, and actually has weapons of mass destruction, he would have no reason not to use them on both Israel and our ground troops sent to fight him.

Another factor which has to my knowledge not been discussed is the additional costs associated with those who are wounded fighting another war.   The VA is already proposing plans to shut down many VA hospitals across the country, and there are a large number of veterans who cannot receive services, or who have long waits to be served by the VA, even though many of them fought in wars to keep this country free.

Military retirees with varying degrees of disability cannot even draw their military pensions and VA disability at the same time, without waiving their rights to one or the other.  It has been reported that your advisors do not want you to sign the concurrent receipt bill.  And yet we see our country preparing to go to war and add additional veterans to the already over crowded facilities.

In conclusion, invading Iraq will not lessen the threat of terrorism against the United States, and may actually increase it. No compelling evidence has been produced that links Iraq to the September 11 attacks, and a U.S. war against Iraq could incite stronger support for Al Qaeda across the Arab and Muslim worlds.

I ask you to seriously reconsider your position on this matter and to heed the warning of many high-ranking members of your own party, as well as those outside your party.

I am an Independent voter, but I have Republican friends, and one of them wrote me last week saying he was going to vote Democratic the next election because of the course this administration has taken.

We should not invade Iraq, if for no other reason than it is not the morally right thing to do.  It never ceases to amaze me that the war hawks (often referred to as Chicken Hawks) calling for war, are almost entirely made up of men who have never been to war, and many of whom who used their position or influence to evade service in the military altogether.

I sincerely urge you to reconsider your position on this matter