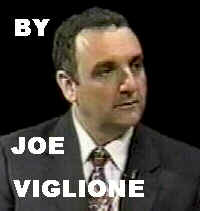 From the opening scenes you know this is the next E.T., the next Star Wars, the new Wizard Of Oz.  But where Oz denied us the Wizard's magic with the focus on Dorothy and her dilemmas, Harry has the ability to get out of the trouble he gets himself into just by, well, being the chosen one.  He is Keanu Reeves in The Matrix---only young Dan Radcliffe has acting talent and a bit of a clue. The oracle had it right in the Matrix, when she called Keanu cute but "not very bright."  Harry is very, very bright, and with the werewolf image of his foster parent on a motorbike flying in the sky to descend on Privet Drive, well, I told you E.T. would factor in.

Aunt Petunia and Uncle Dearest make the abuse by Aunty Em in Oz seem like real love---what good and pure Aunt would allow Elmira Gulch to take little Toto away?  Aunt Petunia in Harry Potter would serve him for breakfast. They keep Harry locked up in the same cellar doorway that Norman Bates used to access mother.  Well, not really, but the subliminal effect is there.  Where the little brat from Sixth Sense was given the Biblical imagery of his mother abandoning him a la Moses, Harry Potter has that same fate which brought Batman to life, his parents were killed by the demon.

John Williams' score sounds like a replication of Danny Elfman's Batman work in the Timothy Burton edition of the DC comic book character. It’s surprising that Williams is not showing originality, or even copping his own riffs.

The choice of a magic wand is original, if a bit predictable, but finding the secret platform to the Hogwarts Express is very original, and very magical. And

Escapism in a world
that wants to believe
in fairy tales

here the promise of the two-and-a-half-hour film really takes off.  The audience is transported to Oz in a way that MGM promised but failed to deliver when further Baum books were not brought to the big screen (with the exception of the Disney sequel almost two decades ago).  I Dream of Jeannie and Bewitched were fabulous shows because people want escapism, want to believe in magic, want the fulfillment of all the promises that faith makes.

There are dungeons and trolls and...violence---a bit too much violence, not the kind of thing you want to bring young kids to.  Seeing little Hermione Granger in the girls lavatory with the big troll smashing the sink and out to kill her is the stark reality that makes this an adult kids film, a film for big kids, a Peter Pan for the new millennium, the I Don't Want To Grow Up mentality. It's here, in all it's glory.

Many more people will write pages and pages about this extraordinary work, Mrs. Doubtfire Meets Die Hard 7, and let them, don't let me keep you from going to see this seven or eight times.  Why are you reading this now? Go! Get to the theater (or to Blockbuster!) You'll want to watch it again and again at home.  The Harry Potter phenomenon is real. Coca Cola is going to have a better quarter than AT&T and Viacom, bet on that.  And after so many near misses we finally have our new Wizard of Oz.   ##

CLICK HERE TO GET TO INDEX OF COLUMN SEVENTY-TWO