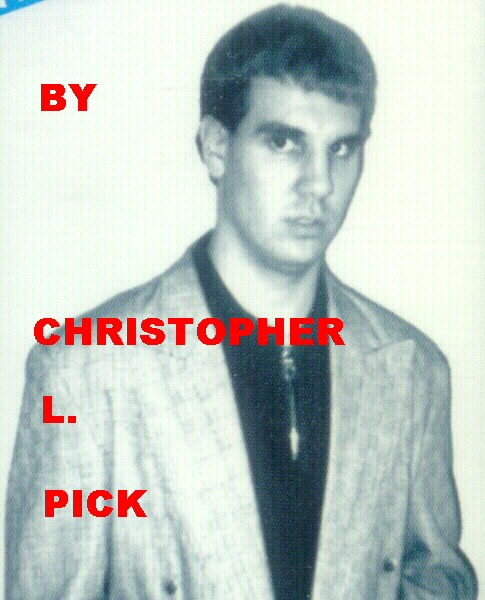 For almost twenty years, I have been a big fan of The Beatles.  To me, the four Beatles were the most innovative musicians of the twentieth century.  The Beatles inspired so many great musicians (from pop to classical), and their fan base included "The King of Rock and Roll" himself, Elvis Presley.  Elvis even sang George Harrison's Something when he did his Hawaiian TV special, Aloha From Hawaii."  Frank Sinatra even said that Harrison's Something was his favorite Beatle song of all time.

When I had heard of Harrison's passing, I felt a great loss in my life.  I was too young to remember Lennon's death, but I grew up on the solo years of Paul, George, and Ringo.  The first solo Beatle purchase for me was George Harrison's Somewhere In England.  This remains my favorite Harrison record today.  In fact, it is the only solo Harrison record to feature ex-Beatles Paul McCartney and Ringo Starr.  I fell in love with Harrison's tribute to Lennon, All Those Years Ago, and this song inspired me to write a song for John Lennon's 20th Memorial.  In 1999, I wrote a song called Thank You For The Music---a song that charted in Australia and even got airplay in Israel, thanks to Hebrew Beatle author Yarden Uriel.

In 1999, I began recording Thank You For The Music.  It was an exciting time for me because I was in such a Beatle mindset for a whole year while working on this project.  I really researched The Beatles' music, and my producer, John Blair, and I really added some nice Beatle touches to the song---including a Harrison-like guitar solo played out by guitar virtuoso Tim Breon, who has worked with Neil Sedaka, Martha Reeves and Davy Jones of

the Monkees, to name a few.  I had recorded some of the tracks at a studio owned by a man who worked for Paul McCartney's publishing company, and Laurence Juber (former Grammy-award-winning lead guitarist of McCartney & Wings---who had also worked with George Harrison and Ringo Starr) gave some creative input to two of the Beatle-like recordings on my CD.  After hearing an early take of Thank You For The Music, I remember Laurence remarked that the "Lennonisms are cool."  That meant a lot to me since I was trying to Beatlelize the song as much as possible---plus I was hearing this from a guy who had worked with three of the four Beatles.

Prior to the CD's release, I wrote up a Monkee/Beatle PARODY which I sent out as an amusing e-mail essay to some of my friends in the music industry. They included Peter Noone (aka "Herman" of Herman's Hermits), who forwarded these essays to his good mates, Sir George Martin and George Harrison.  Peter once commented to a newspaper that George Harrison still calls him "Herman." Being the long-time Beatle fanatic and Monkees fanatic that I am, I pointed out in these essays that not only were The Monkees inspired by The Beatles' musical creativity, but that The Beatles were inspired by The Monkees' creativity not only in the studio but as actors as well.  The Beatles even threw The Monkees a party when The Monkees toured England in 1967.  John Lennon used to watch The Monkees television show regularily.  George Harrison had brought Monkee Peter Tork in the studio as a guest artist for his solo project Wonderwall.  Davy Jones was in the studio with John Lennon and Yoko Ono during the mixing sessions of Revolution No.9.  The Monkees even participated in the music video for A Day In The Life.

Harrison wasn't just a musician, but he was a quiet man who had a spiritual side to him.  Recently, I wrote an article about Harrison for Assist News Services, whose founder, Dan Wooding, told me that in his "secular journalistic days? in London, he inadvertently helped to launch George Harrison's second career as a filmmaker. Wooding had gone to a reception in London for a new film starring several members of the Monty Python team.  During the evening, he asked them about their next film, The Life of Brian, adding that the movie 'sent up Jesus."

When Wooding's story appeared with the headline, "Monty Python Sends Up Jesus,? the Jewish financier of the film withdrew his funding and so George Harrison stepped in and helped to underwrite the movie. Harrison also put his money into other movies, including The Missionary, starring Michael Palin, Trevor Howard and Maggie Smith.

While most of the world will remember George Harrison as "the quiet Beatle" with the haunting guitar solos, George's friends and family will always remember him as a man who had a warm and caring heart.