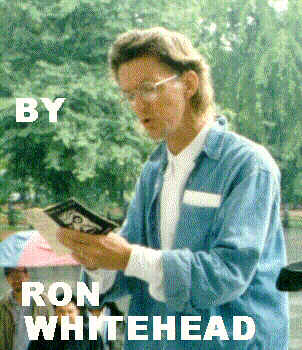 THE DECLARATION OF INDEPENDENCE THIS TIME

Give me liberty or give me death.
Patrick Henry

Congress shall make no law respecting an establishment of religion, or
prohibiting the free exercise thereof; or abridging the freedom of speech,
or of the press, or the right of the people peaceably to assemble, and to
petition the Government for a redress of grievances.
The Bill of Rights, 1st Amendment

Pray for the dead; fight like hell for the living.
Mother Jones

to dissolve the political bonds which
have connected them with another

station to which the Laws of Nature
and of Nature's God entitle them,

a decent respect to the opinions
of humankind requires that they

declare the causes which impel
them to separation. We hold these

truths to be self-evident, that ALL
people ALL people, not just property

are endowed with certain Rights,
that among these are Life, Liberty,

and the pursuit of Happiness.--
That to secure these rights,

Governments derive their powers
from the consent of the governed,--

That whenever Government becomes
destructive it is the Right of the

as to effect the Safety and Happiness
of the people it represents. Governments

long established should not be changed
for light and transient causes; and

by abolishing the forms to which they are
accustomed. But when a Long Train of

security.--Such has been our patient
sufferance and such is now the necessity

which constrains us to alter our Systems
of Government. The history of the present

U. S. Government is a history of repeated
injuries and usurpations, all having in direct

object the establishment of an absolute
Tyranny over us. To prove this, let Facts

be submitted to an Awake World:

Government has called together legislative bodies
at places unusual, uncomfortable, and distant
for the sole purpose of fatiguing us into compliance.

Government has made Judges and Legislators and
Presidents dependent on Its Will alone for the tenure
of their offices, and the amount and payment of their salaries.

Government, the largest employer in these so-called
UNITED States, continues to erect a multitude of New

Offices, and send swarms of Bureaucrats and Police to
harrass us and EAT OUT our substance.

Government has affected to render the Military and
The Police independent of and superior to the Civil
power to the Wishes and The Will of The People.

Government has joined with The Police and The Military
to subject us to a jurisdiction foreign to our constitution,

and unacknowledged by our laws giving Assent to their
Acts of pretended Legislation:

For Quartering large bodies of armed troops and police among us:

For protecting those same troops and police, by mock Trials, from
punishment for any Murders and Brutality which they should commit
on the Inhabitants of these States:

For imposing Taxes on us without our Consent:

For depriving us in many cases of the benefits of Trial by Jury,
even if that Jury be rigged:

For trying us for pretended offences,
including running from The Police,

whether we're running from The Police or not,
For waging War against us.

Government has plundered our seas, ravaged our Coasts,
burnt our towns, and destroyed the lives of our people.

Government is at this time completing works of death,
desolation and tyranny already begun with circumstances

of Cruelty and Perfidy scarcely paralleled in the most barbarous
ages, and totally unworthy of any so-called civilized nation.

and its government cares for those who can't care for
themselves. Does the U. S. Government take care of those

who can't take care of themselves?

humble terms: Our repeated Petitions
have been answered only by repeated

injury. A Government whose character
is thus marked by every act which may

define a Tyrant, is unfit to be the ruler
of a free people. We, therefore, the people

of the land called The United States of
America, appealing to the Supreme

Judge of the world for the rectitude of
our intentions, do solemnly publish and

declare that we are and of Right ought
to be Free and Independent; that we are

way to help Heal The Earth, in All
aspects of Its Being, including ALL

Human, Plant, and Animal Life recognizing
the interconnectedness of ALL Life and

that only through non-violent Cooperative
Concerted Efforts and Open Discourse

amongst ALL Peoples can any semblance
of Peace, Justice, and Harmony ever be achieved

recognizing also that only through Tolerance and
Empathy, allowing others to live their lives according

shoes, imagining and feeling what life might be like
for them,  and to do all other Acts and Things which

Independent People may of right do. And for the
support of this Declaration, with a firm reliance on

the protection of divine Providence, we mutually
pledge allegiance to Each Other Our Lives, Our
Fortunes and Our Sacred Honor.

THE SHAPE OF WATER

the shape of water

CLICK HERE TO GET TO INDEX OF COLUMN FIFTY-THREE