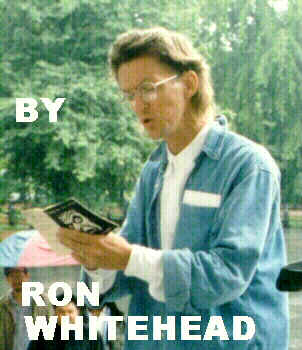 Saturday night, August 7, 1999, the revered southern rock group Lynrd Skynrd performed on The Riverfront. The event was sponsored by the City of Louisville and several other organizations. Thousands attended the free concert. By concert standards the event appeared to be a huge success. But appearances can be deceiving. We attended the concert with twenty relatives who were visiting Louisville. We all stood with mouthsand eyes wide open with astonishment disbelief then rage as a giant Confederate flag was opened to cover the entire back of the stage as members of the band paraded on stage with smaller versions of the same flag while performing Sweet Home Alabama. We'd never seen Lynrd Skynrd live. We never knew they were racist. The Confederate flag represents to Blacks, and numerous others, what the Nazi flag represents to Jews, and numerous others. One of our sons said "I wonder what it looks like for people driving through Louisville on the Interstate and seeing thousands of people jumping up and down in front of a giant Confederate flag." We wondered what influence this energy was having on the thousands of naive and uneducated young people in attendance. We were saddened by the thousands who were there to intentionally celebrate racism.

In two months the Imperial Klans of America are holding their annual Unity Gathering here in Kentucky. My friend Jordan Green monitors the activities of such groups via Anti-Racist Action. We close with a copy of the invitation the KKK is sending round the world. We're sure it was Good News For Modern Klan to see so much ecstatic worship of their flag on The Riverfront. All paid for by The City of Louisville:

Imperial Klans of America Knights of the Ku Klux Klan

Oct. 2nd, 1999 Unity Gathering in the Realm of Kentucky

There will be many speakers from many Organizations. At this time in history, we must all come together for our Faith, Folk and Christian Nation. The gates open at 2 p.m. If you would like to come out a night before the gathering to camp out, that would be fine.

We will have IKA Security team on hand, IKA rules apply, There will be NO
Cameras, Camcorders, Firearms, Media, Foul Language, Fighting, Alcohol and or Drugs allowed on the Premises! The IKA Reserves the Right to not let anyone
in! At this point and time in our history, we must all come together as one, be
he Christian Identity, Skins, Klan, Aryan Nation, N.S., Odinist's or whatever, the future of our Faith, Race and Nation needs to come first.

There will be a Cross and Swastika Lighting at Dusk.  The Feds ran some Organizations off of our last gathering here in Kentucky after the Raid on the IKA. Don't let them run you from our Gathering!!!!

Yours in the Faith of Christ our Savior

CLICK HERE TO GET TO INDEX OF COLUMN FIFTY-THREE