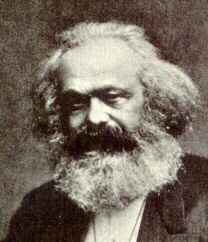 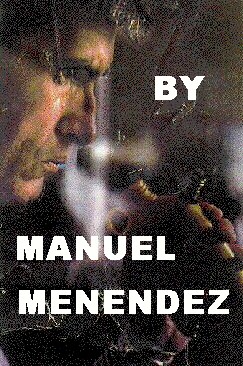 LONDON---Forgotten and neglected, Karl Marx's tomb at old Highgate Cemetery stands like a monument to human folly and the whim of later tyrants who decreed themselves infallible.

The Soviet Embassy used to grace the modest memorial with a fresh wreath every morning. Not anymore. The mission of the Russian Federation discontinued the tradition. Fair enough, considering the dire cost of 70 years of Marxist utopia: 60 million dead during Stalin's Great Terror alone, and economic stagnation that made the U.S.S.R. a Third World country teeming with nuclear missiles.

I paid my respects to Marx's tomb on a Saturday afternoon, and I was the only visitor. What was once a London landmark and a place of pilgrimage for communists and leftists from all over the world, showed only paltry exvotos: two small withered bunches of cheap yellow flowers, and an empty can of Tennement lager---this last, I must admit, my contribution.

But if my own pilgrimage lacked in reverence, it certainly entailed considerable hardship. I don't remember being so hungry in my whole life, not even under Castro. Perhaps because Cuba is after all a tropical island, and in London it was cold and windy, and drizzling in intermittent icy needles. Slow starvation compounded by hypothermia, which reminded me of Jack London's short story about a lame man lost in the Arctic, entitled---what else?---Hunger. The weather befitted my mood and my destination on that dark February afternoon with no spring in sight.

Hackney, where I live, is one of the poorest boroughs in London, and England at large. In Marx's life, it was a bastion of the proletariat and the lumpenproletariat alike and remains so to this day. Ubiquitous weathered, yellowing posters of socialist groups and the loonie left adorn the walls along the way. At least in the Brooklyn and Bronx ghettos, the garbage is fresh; here the patina of squalor is perhaps 200 years old.

The many restaurants reflected the ethnic composition of the ghetto: Nigerian, West Indian, Tamil, Pakistani, Arab, Hebrew cuisines, whose pungent aromas wafted into the mean streets and assaulted my nostrils, exacerbating the pangs of my hunger. Not mine, the mettle of the Samurai, who when hungry sported a toothpick in his mouth, to keep face.

The temptations changed along Seven Sisters Road and Parkhurst Road, assuming the form of that antique institution, the public house. Pubs everywhere: The Magpie and Stump; The Crooked Billet; The Old King's Head; The Cock Tavern; The Marlborough; forbidden oases along the route. Unattainable cornucopia of the fine ales of the world: Australian Foster's; Bavarian Lowenbrau; Irish Guinness draft, a very British Director's, all flowing in golden streams from the shiny brass spigots, not destined to appease my parched throat.

I myself carried in my knapsack a carefully hoarded can of humble but potent Tennement's lager, bought with a pound sterling borrowed from my roommate Volodia, Latvian refusenik, and kept for the express purpose of toasting the great philosopher and pipe dreamer.

Highgate Cemetery lies 12 kilometers or so from Hackney, as the crow flies. But the distances in my street atlas were deceptive. In seedy, sprawling East London, straight streets are rare, and once again I got lost in a maze of back alleys and cul-de-sacs , my navigation hampered further by the appalling fact that thoroughfares often lack name plates.

No sun either to orient myself due west, the anemic aster hidden by the pregnant stormy black clouds. Long rows of grimy Georgian houses sometimes stood in my way, and the Himalayan barrier of arsenal rail yards forced me to make a two-kilometer detour.

It took me about three hours to reach my destination. I traversed Green Lane Road, Saint Paul's Road, then Holloway Road, congested with Saturday traffic and two-decked red buses I couldn't afford. I was on my last legs when I reached the graveyard, erected at the top of a steep hill. Through the rusty iron fence I could see the worn tombstones overgrown with weeds and thistles.

But a nasty surprise awaited me at the door. An old lady informed me with an upper-class accent that the cemetery was private property, and to visit its main attraction, Marx's tomb, cost one pound, two if I intended to take pictures. It proved useless to argue with her, so I went to nearby Waterloo Park and sat on a wet wooden bench. "That's capitalism for you," I reflected bitterly, and rolled a cigarette with my last strands of tobacco. Luckily half an hour later the beldam was gone and replaced by an aged gentleman more receptive to my plea.

The tomb was disappointing. No Lenin's Mausoleum this. No pathos, no grandiosity. Just a plain gray marble cube, topped by a huge bronze bust out of proportion with its surroundings. A plaque read: "Workers Of All Lands, Unite. Karl Marx. Born May 5, 1818. Died March 14, 1883." And underneath: "The philosophers have only interpreted the world in various ways. However, the point is to change it."

I must confess that all along I intended to spit on the great schmecker's tomb. Well, I didn't. Not out of respect for his devoted wife Jenny Von Westphalen, their daughter Eleanor and their grandson Harry Longuet, also buried there. But because alongside them rests Helena Helmuth (1823-1890). And if there's an unsung heroine in Marx's tormented and destructive life, it is her.

Helene Demuth, "Lenchen," was a serf for life. She was given to Karl Marx by his mother as a wedding present. For 52 years, till her very death, she slaved for him, his wife and their children, without ever receiving a single penny in wages. All the payment she got for her toils was a plate of food, a pallet to sleep on, and the discarded dresses.

Lenchen wasn't beautiful. She had one of those plain faces whose most salient feature is honesty. She had long blond hair tied in thick tresses, and a sturdy peasant body. Despite her plainness, Marx abused her sexually. She wasn't smart either. Illiterate in her own Saxon dialect, she never learned a foreign language during Marx's protracted exiles. The first English phrase she mastered was "Mister Marx ain't here" to fend away his creditors.

It was Lenchen, in these same mean East End streets, who begged for bread and potatoes to feed the family. Whatever solid food there was in the house went to Marx, so he could continue his economics research at the British Library on a full stomach.

Marx made Lenchen pregnant, and to avoid his wife's wrath, his lifelong friend Friedrich Engels saddled himself with the paternity. Marx gave away the baby to a proletarian family. On his deathbed Engels confessed the truth, and Marx's oldest daughter, Jenny, adopted the boy, her stranded stepbrother.

So much for equality and social justice. A man who never worked a single day by his hands, who never saw the inside of a factory, became the prophet and undisputed voice of a whole social class, and paved the way for the later Lenins and Stalins, and the lesser Marxist tyrants like Fidel Castro.

Sic transit gloria mundi. There he lay at my feet on his unkempt tomb, on his way to oblivion, his memory already consigned to the garbage heap of history, Das Kapital milled into pulp to print The Gulag Archipelago.

No, I didn't toast Marx after all, but drank my lonely beer to the memory of Lenchen. ##

CLICK HERE TO GET TO INDEX OF COLUMN THIRTY-SEVEN